On Christmas Eve I got a call from the woman who runs the dog rescue service that united us with Riser. Riser's prior owner works with her and had told her about Riser's death.

She said she had a dog who would be 'perfect for us'. He is young (2) another golden retriever, sweet, no bad habits, low maintanence. His name is Kody.

Ah, the dangerous pictures some words paint. Especially when you're vulnerable. I saw us reproducing the Riser experience, only with a dog with better odds of having longer. Furthermore, the words created a sense of urgency: this is our *only* chance--there is a dog who is *perfect* for us--don't let him get away. There'll never be another dog that's perfect for us.

So she oversold the low-maintanence quality a little.

We've gone from having the best-behaved dog in the room to the...worst. He barks. He chews. He torments the cat. He's clumsy and loud, gangly and gawky. He tugs miserably on the leash. That was nearly the deal-breaker and I put the boys on notice that I was going to give him back. Well, a friend lent me her 'halti' collar, a gentle-leader clone. When the dog tries to tug his own force pulls his chin down toward his collar. It became possible to walk him. Trouble is, if we'd meet another dog he'd nearly pull himself out of the collar in his frenzy. And lord, is he strong.

The boys love him. So we're committed. I enrolled him in obedience school. I co-enrolled myself as a trainee in dog training.

First day of obedience school. Gary wants it to be a family affair. In theory that's a good idea, since the boys will need to implement the things I learn. But talk about dangerous pictures. Talk about the classic schism between men and women: "men are pathologically optimistic and women are realists" ('pessimistic', 'negative' say men). *I* know that having Scott there is not going to be a warm-fuzzy fanatasy of an attentive adorable little boy. He will get bored and restless and be a distraction. I agreed to doing it as a family for a shameful ulterior motive: Gary had just informed me that he'd invited his mother over--THAT DAY--'to see the new dog.' (We are captive to her when she comes over. She overstays. The threat of hurting her fragile feelings prevents Gary from suggesting it's time for her to leave, and its really best that it not come from me.) Her house is not far from the Petsmart--I propose that we stop by HER house on our way to the lesson. A time limit is built right in. Ah well, she wasn't home. And she still hasn't seen the dog. This will come up again.

I went into the Petsmart to pay for the class. I warned the instructor that this dog was a rescue, and so far had not seemed to deal well with other dogs. She assured me that this didn't disqualify him.

What a gamut, taking him from the car, through the entire store to the back where they do the trainings. If anyone knows anything about Petsmart, you know that dogs are welcome there. So there I was, halter on Kody, threading through the aisles to try to avoid him seeing another dog. By the time I got him to the back he was nearly hysterical from barking, my ears were ringing, and he was making a valiant struggle (and nearly winning) against his collar. He spent the first ten minutes of the class barking until the instructor calmed him by pushing a shopping cart decked out with an afghan between him and the rest of the class. In the meantime Connor is oblivious to the teacher's mission to teach and he's regaling her with cute stories about Cody and Scott is walking around asking the other class participants if he could pet their dogs. Gary is oblivious to the distraction they're causing and I finally have to ask him to take the kids out.

The instructor is a true dog lover. Never once lost her calm or her compassion for Kody. She advised me to not be embarrassed, that lots of dogs are like this on the first day. Indeed, he HAD quieted down by the last half of the class and was even responding to the "Watch me/good boy!/all done!" session. AND, he was entirely quiet when Gary walked him back through the store to the car. Exhausted I guess. Like me.

Gary's gone this weekend. I need to find someone to leave Scott with for this next class...
Posted by excavator at 9:23 PM

Moments like this are the worst kind of I-told-you-so." A hollow victory when things fall apart, like you knew they would. 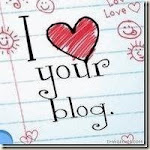 excavator
Pacific Northwest, United States
Digging, always digging, occasionally finding something to hold up to light. 56 year old mother of 2 boys, 16 and 12. Recently returned to one profession while pursuing one much more challenging: parenting. Sometimes it stretches me beyond all recognition.